For Americans living abroad, the rules for US taxes can be confusing and overwhelming to understand. If you fail to file correctly, it can even lead to significant penalties.

If you are a citizen or permanent resident of the US, then regardless of where you are living at the time, you are obligated to file a tax return with the federal government each year.

In addition to the regular income tax return, you may even be required to file an informational return on your assets held in foreign bank accounts.

While the US is one of the few governments that taxes the international income of its citizens and permanent residents, it does have special provisions to help protect you from double taxation and can also entitle you to some tax benefits that locally residing American’s would not receive.

So, whether you are an American living in Sydney or Seattle, it is important to know your tax system.

The United States tends to take a unique approach when it comes to taxing individual income as it is the only major country in the world that taxes its citizens based on their citizenship.

When it comes to taxing income there are generally two used systems: the Residency-based system or the territorial-based taxation system.

More than 130 countries use a residential tax system. Roughly another 40 countries use the territorial taxation model. This tax system is especially interesting for location-independent professionals.

Under residence-based taxation, countries like Germany and France tax their local residents on all income earned from both local and foreign sources.

For non-residents in these countries, only income earned locally is taxed, similar to the territorial-based system.

The 130 countries essentially include all major industrialized nations. Most of the EU, Canada, Australia, New Zealand, Japan, and Korea are a few included in that list.

In a territorial-based taxation system, countries only tax individuals on income from sources inside the country’s borders.

It has been said that these countries often do not have any or just very weak CFC rules. For tax purposes, it may be considered to make excellent locations for a second residency.

This means, if you are an American living abroad, you must file a US federal tax return and pay US taxes because of the simple fact that you are a citizen.

In other words, you are subject to the same rules regarding income taxation as people living stateside.

Therefore, even if you have not lived in the US at any point during the year and have earned all of your income in a foreign territory, the IRS still expects you to file a tax return.

Moreover, you may also be subject to file a state tax return depending on the state rules of where you lived prior to moving abroad.

The United States has Tax Treaties with over 60 countries, including most (but not all) popular expat destinations.

One issue that arises in this tax system is that an individual could theoretically be double-taxed on their income earned – both by their country of current residence and the US.

This scenario is especially relevant for an American living abroad full-time who may qualify as a resident in other local tax systems.

Tax Treaties can provide exemptions or reduced tax rates for certain types of income, including retirement/pension plans, as well as reduced withholding rates in passive income such as dividends and interest.

For example, if you were a US Citizen living in Sydney Australia then you would look at the double tax agreement between the two countries.

The US tax treaty with Australia defines the terms that set the relationship between the US and Australia and provides “tie-breaker” rules for determining in which country a taxpayer is considered a resident.

It is primarily of use to those who have doubts or want clarification as to their residency status. It can help alleviate any confusion when you are earning foreign income and submitting taxes to both countries.

To help avoid this negative consequence, the US tax code contains a provision called the foreign earned income exclusion (FEIE).

Under the FEIE, the US doesn’t ask you to prove where your new tax residence is as long as you spend enough time outside of the United States to prove that it is no longer your home.

That doesn’t necessarily mean that you’re going to pay zero tax, there are other things involved, but you can still live nomadically and qualify for the exclusion.

Another provision to help mitigate double taxation is the Foreign Tax Credit.

In this case, Americans earning income internationally may reduce their US tax obligation beyond the limits of the FEIE if they have paid or accrued tax to a foreign government.

Generally, only income, war profits, and excess profits taxes qualify for the credit.

What makes this provision complex, however, is that it applies to only certain types of income, and there are unique considerations related to each foreign country.

Created by the IRS to offset the expenses that go hand in hand with living overseas, the Foreign Housing Exclusion decreases an expat’s tax liability by allowing certain housing expenses to be deducted from taxable income.

Rent and utilities are qualified expenses, as are parking, household repairs, real and personal property insurance, and furniture and accessory rentals can all qualify under this exclusion.

The Tax Fairness for Americans Abroad Act proposes a new section of the Internal Revenue Code that would allow qualified non-resident citizens (i.e.; American expats residing in a foreign country) to exclude all foreign-sourced income from US taxation.

This means that expats would only pay taxes on their US-sourced income.

The Act would remove limitations on how much and which kinds of foreign income expats can exclude from US taxation. If passed, the TFFAAA would essentially change the US citizenship-based taxation into a territorial taxation system.

The TFFAAA, therefore, resembles the first step in the goal to address the tax issues and problems for the travelling Americans who are living abroad.

In 2018, the Republicans Overseas group initiated the bill and found Congressman George Holding to introduce it as the Tax Fairness for Americans Abroad Act.

The bill was then sent to the Ways and Means Committee for further consideration and was then presented to the 115th Congress.

Throughout 2019 and 2020, Congressman Holding continued to advocate for the interests of Americans abroad but unfortunately, the Act failed to gain traction in Congress. With Congressman Holding unlikely to run for office again in 2020, the future of the bill is uncertain.

Due to the fact that the bill was not passed, and this Congress is no longer in operation, the Act would need to be reintroduced.

Although progress has in the meantime stopped, there was clear support for the passing of the TFFAAA from the expat community which may motivate discussion within the government.

As the rise in numbers of digital nomads and remote workers continue, hope is not yet lost for the Americans abroad. 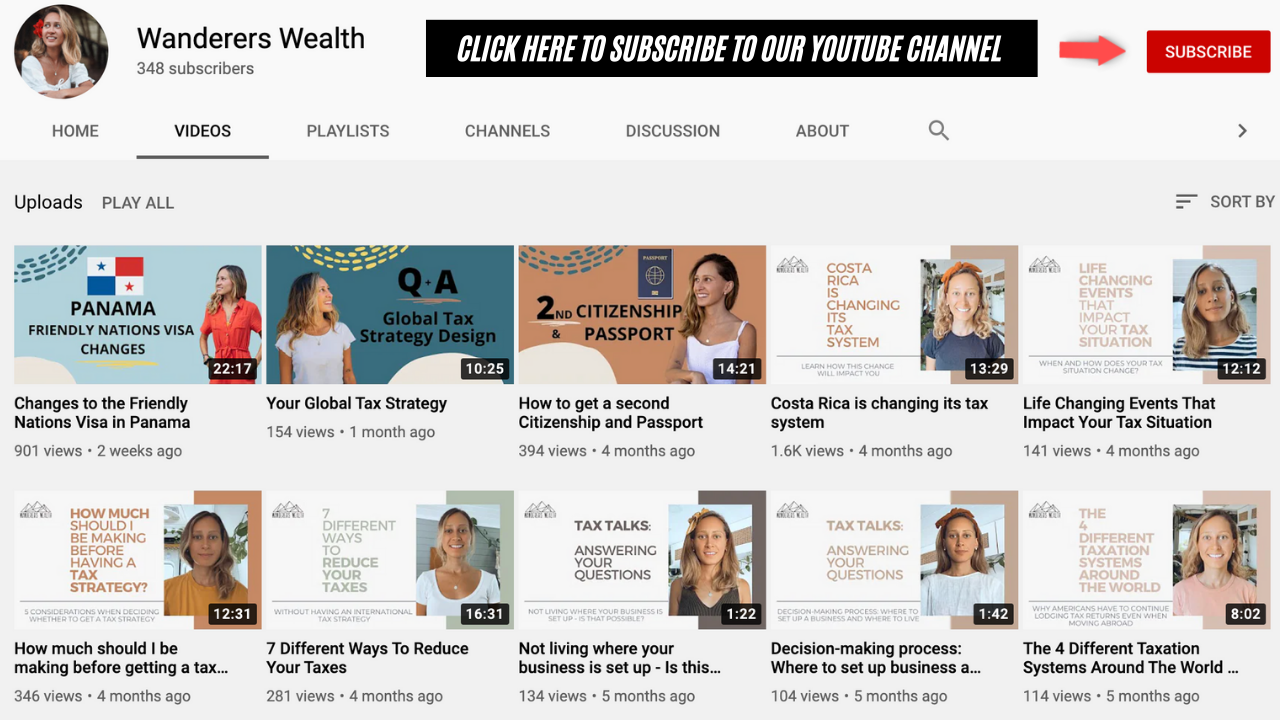 Even though you will have to file US taxes as a digital nomad living abroad, this doesn’t mean that your filing obligations have to be a burden. Tax firms that specialize in expat taxation, like Greenback Expat Tax Services, take the hassle out of filing your American expat taxes so you can get back to your adventure abroad. Accountants who specialize in expat taxation know the best ways to stay compliant, avoid headaches, and reduce your US tax bill.